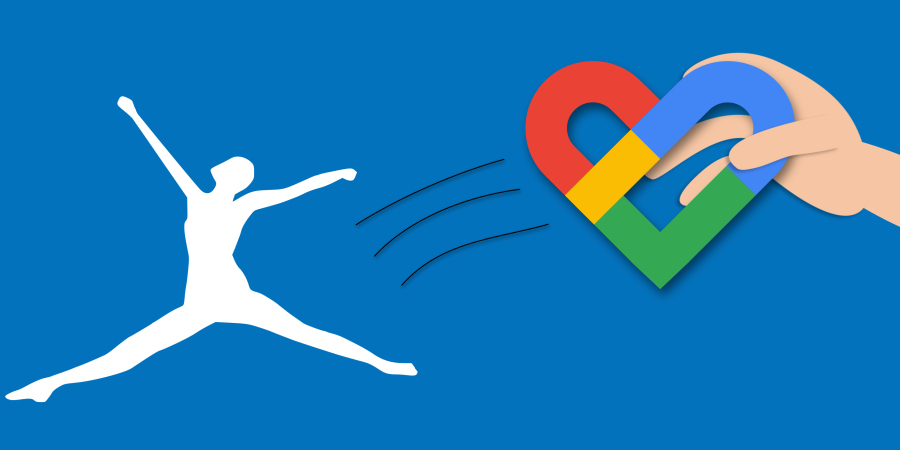 As I lay out in my (not) famous weight loss book, calorie control is key to any weight loss program. To accomplish this, I am/was a big fan of MyFitnessPal. It has an easy way to log calories on my phone or the web with a good searchable database, and it used to have a magical barcode scanner. I even got my cheapo smart scale's app to sync with MyFitnessPal through Google Fit so I don't even have to type my weight anymore like some plebeian.

However, it also has some veeerrryyy questionable "features". One of these is that you can sync your steps with your favorite fitness app. This sounds quite useful on its face. You could automatically have it update your calorie burn on more active days to keep things more accurate. However, its implementation is, frankly, horrible. It doesn't actually do anything with your steps. Instead it just copies whatever Google says your calorie burn is and then MyFitnessPal increases it for your age, weight, and height. However, Google's calorie estimation is horrible.

Google has two major problems with its calorie calculations:

These two problems combined makes Google Fit's calories absolutely useless. Every single day it will be hundreds of calories too high, even if I did literally no legitimate exercise. MyFitnessPal makes this problem even worse as it increases it by 50% in my case to account my age, weight, and height. So every single day this "feature" will add 700+ calories to my goal intake. That's literally a pound and a half a week difference. That's my entire goal of what I want to lose. This error would literally cause me lose no weight if I followed it.

Once I learned my mistake, I obviously removed the connection so no further days could be ruined by it, but I also wanted the day I had it on to be fixed. This proved a lot more difficult than I thought. My first thought was just to long-press it on my phone and hit "Delete Entry" like I would for any food mistakenly entered...but long-pressing it didn't do anything. So I tried the three-dot "meatball" menu button, but that sadistically only offers to remove the calories if you agree to pay them $20/month. I obviously wasn't about to do that, so I emailed MyFitnessPal's support to ask them.

They first wanted to clarify that they don't actually use the number of steps for anything. Despite showing them under the adjustment, they solely use Google Fit's calories and then multiply that number by ~1.5. That's actually all the email said though. They didn't actually answer my question about removing them however.

I ask again, and they "there is [not] a way to remove the steps from MFP once they're recorded, only the calorie adjustment itself (by swiping it out like an exercise)." This is obviously false, as that just switches days, so I tell the support person as much with a screen recording of that not working. The same support person then responds with a 435-word email repeating that you can just swipe it away (despite literally responding to a video of that not working) and also repeating the story of how it ends up at its wild calorie total. I again say this doesn't work, and he responds that actually you should long-press and hit "Delete Entry". I again say that doesn't work, as that was the first thing I tried; and he finally on the fifth email gets it correct.

Apparently, to remove these errant calories, you unintuitively need to scroll up so the automatically-hiding bar at the top appears, then click the pencil on that bar (which is only present after you enter something), then scroll back down to the Google Fit adjustment, then check the box next to it, and finally hit the 🗑 button on that top bar.

It's not the hardest process to figure out, but if you don't see that button before you scroll down, it's surprisingly tricky. And apparently it took a person who's job is literally explaining how it works five attempts to figure it out, so that's some evidence of it just being a bad UI.

Still, I think the real failure here is that these calories are added anywhere to begin with. Google obviously completely failed with its attempt to calculate calories, or at least to provide accurate numbers in its API; and MyFitnessPal took a look at these bogus numbers and thought that they needed to be inflated more. It's rather staggering that such a large company with calorie-tracking as its sole focus could fail so spectacularly with this.

Even worse, since MyFitnessPal took away it's rather core feature of barcode-scanning, I've finally made the plunge of switching calorie-tracking apps. After reading some recommendations, I thought Cronometer sounded the best and downloaded it, only to discover that if you link Google Fit to it for any purpose, it also syncs these bogus calorie numbers (although admittedly without MFP's further inflation). This means I can't even sync my weight through Google without getting them added on there, which is somehow worse. Why do people just take everything Google says as fact and provide so little user control?